The long and the short of this game was that the Bruins started out blazing in the first half, going 14-1 on the Sun Devils. Then ASU came roaring back and even lead by one with less than two minutes in the game. UCLA began the second half on a 15-3 run and looked like they had the game locked up, but once again ASU made a run. Then the Bruins went on a run, but then so did the Sun Devils. It was a pair of Erica Tukiainen free throws at the end of the game that put UCLA up for good.

I was trying to figure out what about the Bruins is different this year – what makes them nationally ranked. Their quickness and their defense are the things that stand out most. And I wonder if the success of newcomers Jasmine Dixon and Markel Walker has helped the other players elevate their games. 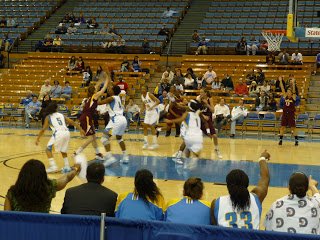 UCLA’s swarming defense kept Arizona State out of the paint for a long time in the first half….. 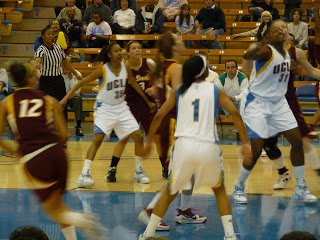 …..and when ASU did put up a shot, the Bruins boxed out. 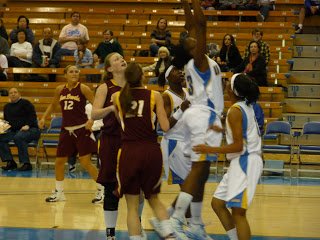 Jasmine Dixon gets the rebound – one of her seven on the night. 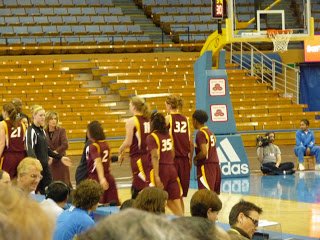 Didn’t the Sun Devils used to have their names on the backs of their uniforms? 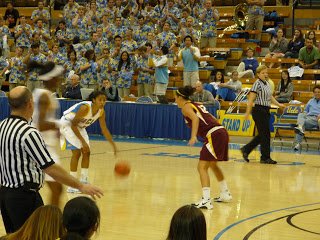 Doreena Campbell was yelling at her teammates from the point position early in the first half. I don’t hear her yell much. 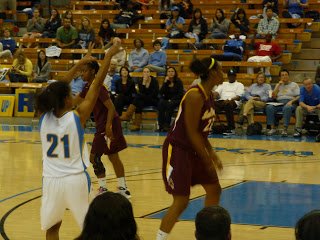 Campbell shoots. She had ten points. 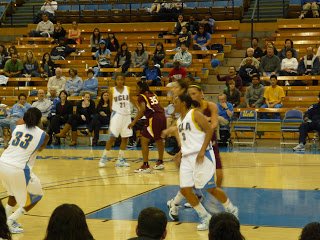 Dixon grabs the pass from Campbell and prepares to make the drive.

19 hours, 15 minutes until the semifinals