I almost got my wish for a 20-point blowout. If it weren’t for that Christina Marinacci side shot in the waning seconds of the game, it would have been 20. But I’ll take it, because it was a solid win. The Bruins were never in any real trouble throughout the game; they were in control the whole way.

Both teams had very balanced scoring, which bodes well for the futures of each. The whoppin’ crowd on hand had a very good time, which included a good 2-3 minutes of “the wave” around the arena, and lots of enthusiasm and happy yelling. Most of the LA Sparks staff were on hand, and the Sparks’ “Old Skool Crew” performed at halftime.

As if that weren’t all great enough, the game was over at 1 p.m., so we all walked out into the rest of a beautiful, sunny, 70-degree day. Life is good. 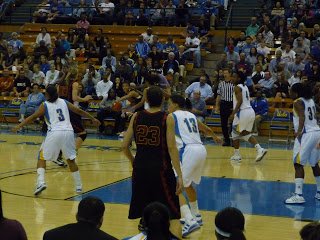 Yes, Jacki Gemelos is playing. And damned well, too. She ended up with 11 points, but had nine of those pretty quickly. It’s obvious she’s been hungry to return. 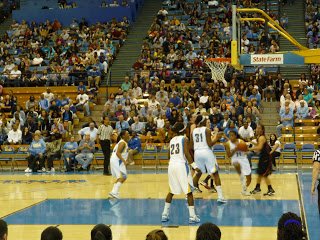 Bionic Doreena Campbell rebounds and sprints away from the baseline. 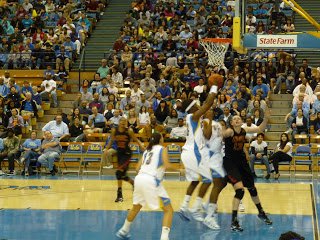 Markel Walker had seven rebounds today, including this one. 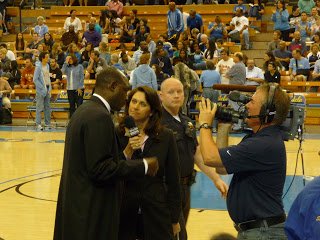 It wasn’t the smartest idea for ESPN to pull USC Coach Michael Cooper aside for a halftime interview right next to the UCLA bench. The crowd booed him the entire time – and loudly, too. 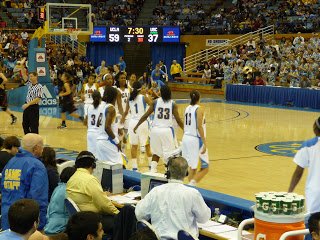 The Trojans made a run at the end of the game. UCLA Coach Nikki Caldwell sent in a new starting five once she got disgusted enough. 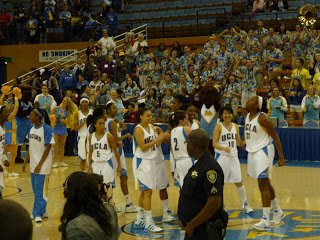 Senior center Moniquee Alexander, far right, had a moment after the game. She seized a microphone from the press table and yelled at the crowd for a few seconds, making her teammates laugh. Caldwell, at the bottom of the picture, watched while she did the post-game interview. 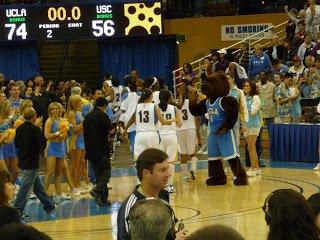 Lots of people were around to give the team daps as they headed toward the locker room. 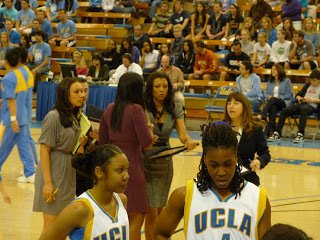 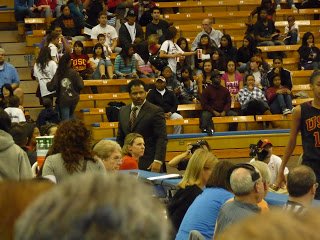 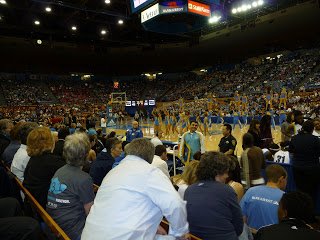 8006 in attendence today – a beautiful site. I’ve not seen that many at Pauley Pavilion for a game before. 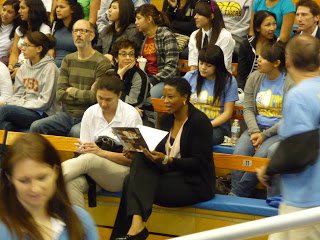 New LA Sparks Coach Jennifer Gillom was introduced to the crowd at a timeout. She was walking and sitting around the arena throughout the game. 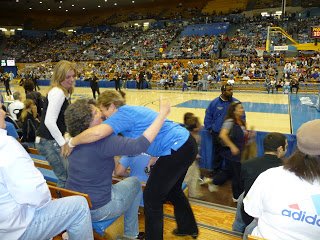 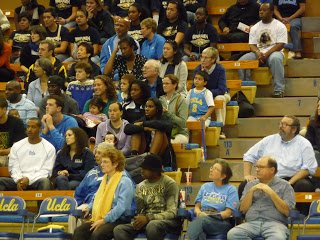 Reshanda “Too Tall” Gray. Those long legs can jump.

Bonus: Coach Butts put up this photo on twitter.

Why won’t anyone listen to Geno Auriemma?

How the tables have turned

Preseason success not enough for the Connecticut Sun