I was so pissed at the end of today’s game. Came home wondering what would be on the UCLA website and was pleasantly surprised to see that they at least acknowledged it: free throws. Freakin’ free throws again. But 9-20?

I have no idea why there isn’t a box score either on that side or on ESPN’s page, but I’d venture to guess Jasmine Dixon was 1-8 at the charity stripe. For all the things she does extremely well, that’s one thing she needs to fix, and in a hurry, because she missed a grip of free throws last Sunday, too.

One thing UCLA did wrong at the end of today’s game was they stopped driving to the basket; they just kept throwing up shots, and they weren’t falling. (That’s one of my pet peeves in basketball). The second problem was that they eased up on the brilliant defense that had kept them going for the first three quarters of the game. Coach Nikki Caldwell has said that the Bruins are still putting together a 40-minute game. I can see the progress, but geez…..I hope they can put it together soon. They’re an obviously more well-coached team than USC. There’s so much potential there.

Props to Ashley Corral, who ran the point well for USC and had 17 points the last time I looked up. Freshman Christina Marinacci is going to have a brilliant career. 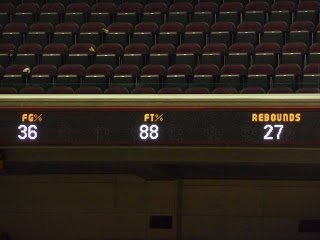 Here’s the difference: end of the game USC stats. 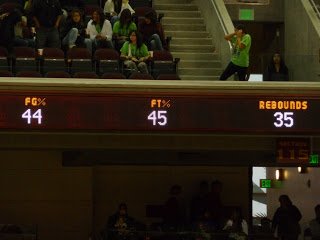 End of the game UCLA stats. 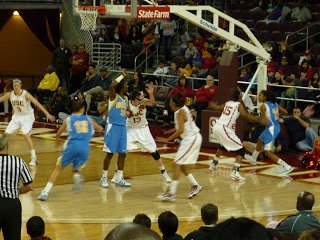 Doreena Campbell inbounds the ball for the Bruins in the first half. 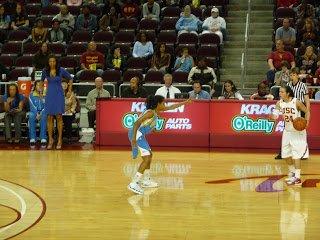 Ashley Corral brings the ball up court for the Trojans. 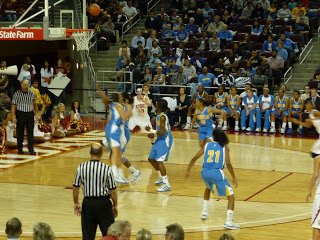 USC has some shooters. 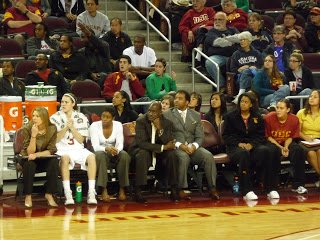 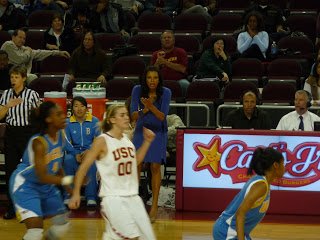 Coach Nikki Caldwell usually stands up to do her duties. 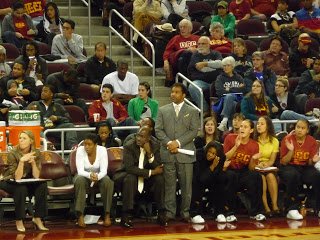 Assistant Coach Erv Monier does a lot of coaching himself. 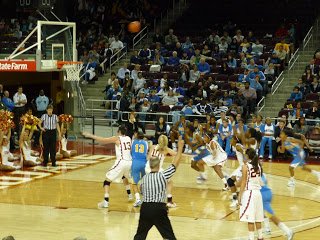 Jasmine Dixon hucks up her last missed free throw shot of the game. 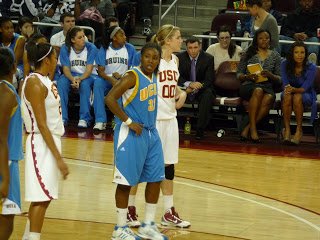 Jasmine Dixon, you need to make your free throws.

Tennessee held off the Vanderbilt surge for the win.

Michigan State lost its third in a row, to Penn State.

No surprises on the first day back