True, Washington Prep had seven players today to Narbonne’s 13. True, Prep lost two starters from last year (transfers), including their leading scorer, and a key bench player (graduation); while Narbonne’s Tailer Butler, now a junior, continues to grow into a monster. But the Gauchos also had two extras on their roster in today’s championship in the two referees. I haven’t seen such jacked up, one-sided officiating in a very long time.

Narbonne is a very physical, aggressive team, which is what you’d expect with a roster full of short players (the heights on maxpreps have been greatly exaggerated). But the first two calls on the Gauchos in the very beginning of the game were when players jumped in the air at a Washington player. Maybe trying to come down and take the ball away from overhead? But that served as a warning of their style of play. The refs quit calling fouls on Narbonne shortly after that.

The short Narbonne players hacked, pushed and shoved their way through the game, and the refs let them do whatever they wanted. The much less-aggressive Washington team, in the meantime, was whistled for every little thing, which put Narbonne in the bonus very quickly. The refs also called a lot of phantom crap on Prep. For example, they called Reshanda “Too Tall” Gray for travelling at least four times that I can remember, and only once was a travel.

The Gauchos have great defense, and did a good job of limiting ESPN 39th-ranked Too Tall and guard Kiana Furlow in both scoring and rebounds. They’re scrappy, and they’ve got some very good shooters on their squad. But I can’t fully respect today’s win because of the way the 10 (out of 14 on the roster) played. (The only exceptions for the Gauchos were Butler and junior guard/forward Jamesha Chapman.)

I prefer games where the players run them and not the officials. Regardless of who wins, fans deserve to see a fairly-officiated game.

As I promised in the comment section of Thursday’s post, I asked Too Tall if she’d like to discuss where she’s considering going to college. She smiled and said she is undecided for now. So we’ll have to wait. 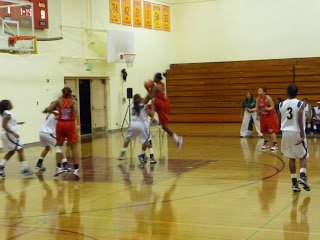 It’s blurry, but Reshanda “Too Tall” Gray is going up to the hoop like Jordan. 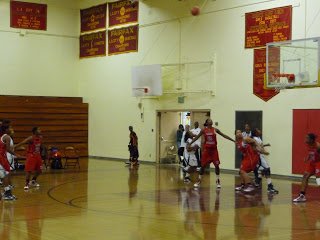 Narbonne has a few good shooters, which was plain in the first quarter. 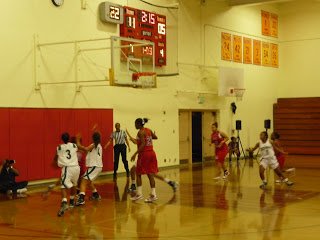 The Gauchos are also good at traps. Here, Prep’s Kiana Furlow tries to drive out of a trap in the second quarter. 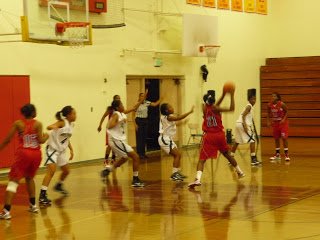 Too Tall catches the pass in the second. 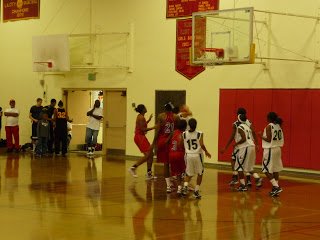 Narbonne picked up their rebounding in the fourth quarter. 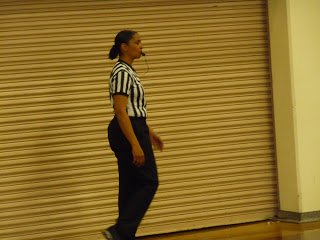 My new policy is to put horrendous officials on blast. So here’s Worst Ref of 2010 So Far #1. 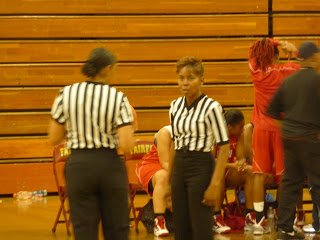 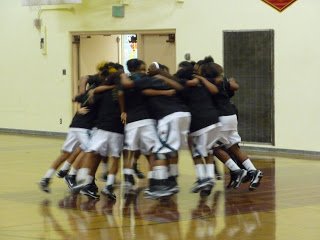 Narbonne had a little cheer before the game, as do many teams, but no post-game chant this time. 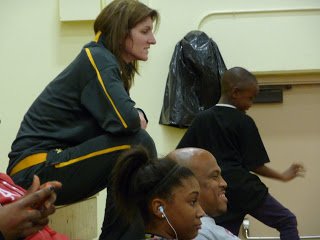 Cal Coach Joanne Boyle stopped by to check out the action, and presumably a player or two (seen here sharing a laugh with Washington Prep Coach Ricky Blackmon before the game). 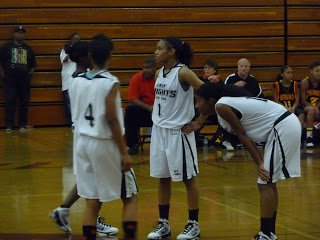 View Park and Fairfax played for third place right before the championship. VP junior guard/forward Danielle Pruitt (#1) is such a fun player to watch. She does everything: drives, shoots, rebounds. Too bad her coach only puts up her ppg stats. I’d like to know the rest of the story.

The formation of legends: girls to women

Sparks and Candace Parker reppin at round 2 LA game

WNBA admits 8-second call missed in Game 4: Referees should be...