The game was tight throughout, with frequent lead changes and ties. Ventura took a small lead mid-way through the second half, but Inglewood hung tough and tied the score with less than two minutes to play. Junior guard Arielle Jones and junior center Deajanae Scurry each sank two crucial free throw shots a piece to seal the win. Senior forward Janelle Ross lead Inglewood in scoring and overall hustling. 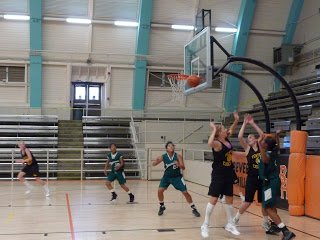 Ventura and Inglewood players scramble for the rebound in the first half. 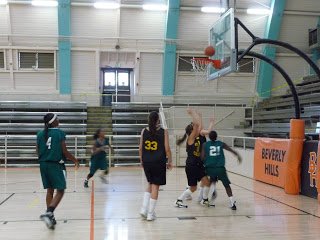 Inglewood senior guard Brionne Brister (#21) puts up a shot in the second half while her teammate, junior center Deajanae Scurry (#4) looks on.

Another exciting game between two great transistion teams that have no problem taking it to the rack. Alemany grew a huge lead in the first half, but Santa Monica systematically battled back and kept the game close throughout the second half. Alemany capitalized on Santa Monica missed shots late in the game to take the win.

Kristina Johnson was a force for Santa Monica, running the point and seemingly doing everything else, too. It looks like she worked hard in the off-season to improve her game. 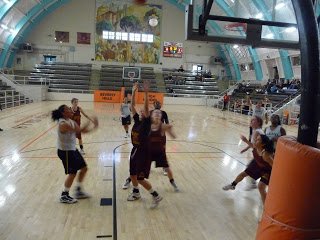 The game between Bishop Alemany (dark uniforms) and Santa Monica was hard-fought, with a lot of under-the-basket action and physical play. 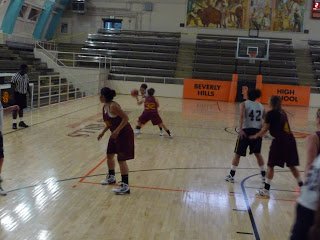 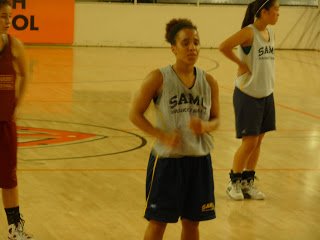 Johnson was a solid contributor as a sophomore last year. Yesterday she often put the team on her back, fearlessly slashing to the hoop. Will her junior year be her break out year?

Inglewood and Alemany will face each other at 11 a.m. next Saturday, Nov. 7 in one semifinal. Harvard Westlake will play in the other semi against – I think Peninsula – but not sure. Third place game will be at 4 p.m. and the championship, at 5 p.m.

The playoff race continues to grind on

The good and the not-so-good

Most college athletics programs outspend themselves