Reigning state champs Inglewood were without the services of five players today, but still kept it close with up-and-comers Canyon. Neither team lead by more than two until the last few minutes of the second half, when Canyon turned it on and capitalized on some Inglewood turnovers.

Impressive players were Canyon’s Brooke Lemar and Inglewood’s Janelle Ross. Lamar is headed to Southeastern Illinois and Ross, to Dartmouth for both academics and ball. 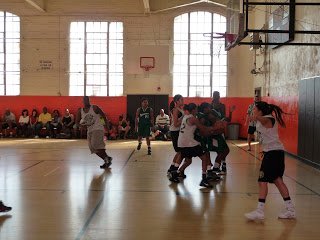 Players scramble for the ball in the first half. Canyon is in white and Inglewood, in green. 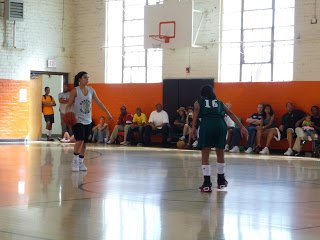 Canyon’s Brooke Lemar was impressive at the point today. She just verballed to Southeastern Illinos this week. 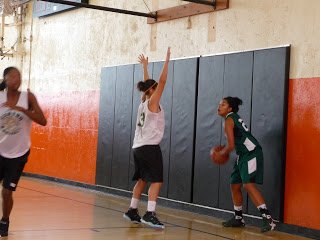 The Sentinels’ Marcy Hill inbounds the ball in the second half. 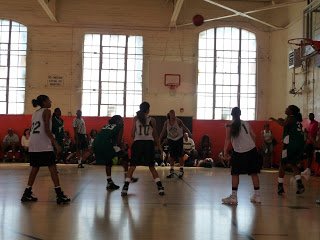 #33 Janelle Ross takes one for the team and draws the foul.

Chatsworth has lost a lot of talent the last two years – much of it named Gennifer and Kimberly Brandon – and it showed today. The Chancellors trailed Valencia by as many as 16 points to start the second half, but they turned it around and made a run mid-way through. They tied the score at 45 with under a minute to play, but Valencia scored. Senior shooting guard Monica Jackson had a chance to tie the game again with 12 seconds to play, but missed the bucket. 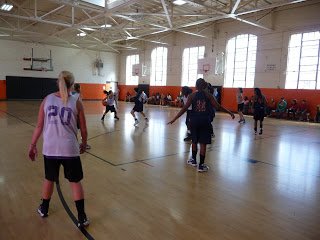 Valencia’s PG brings it up the court in the first half. 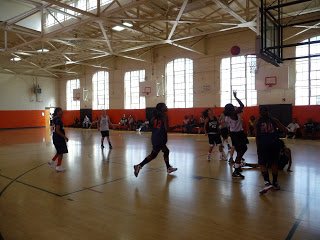 Chatsworth senior guard Monica Jackson (orange socks on the left) is one of a few bright spots left for her team in the wake of some graduations. It’s a long way until February playoffs, though. 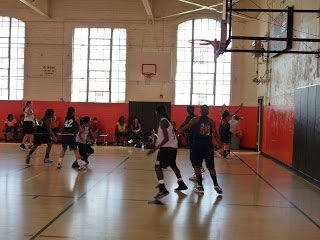 Who the heck were the girls suited up for Fairfax today? It said “Lady Lions” on their dark uniforms, but I didn’t recognize one of them, after knowing the faces of last year’s team pretty well by mid-season. I need to talk to their coach and see what’s up.

This was a great game all the way through. It was taking place at the same time as Valencia-Chatsworth, so I was walking from gym to gym (right next to each other). Very very physical and very competitive, as the teams matched up well. The score would tie, one team would go up by two or three, and then the other would score and it would be tied again. With about five minutes to go, Faifax turned on the gas and made a mini-run to go up by six. They held on to their lead for the last few minutes for the win. 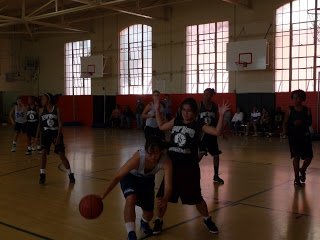 You know when male coaches tell parents that the girls play much harder than the boys? Michael Cooper said it last year. 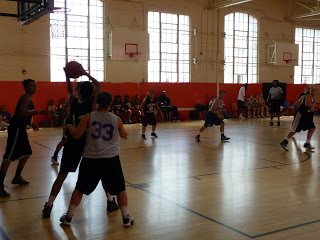 Well, this game was a good representation of that. 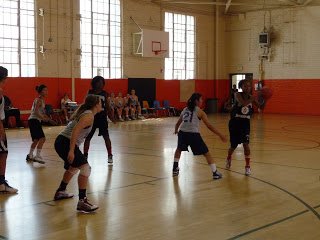 Scrappin, fighting on and being tough. Fun game.