Home Uncategorized Brea Olinda at the Run and Gun League

Brea Olinda are newcomers to the Lynwood league. I popped in tonight to check out the reigning state champs.

Coach Jeff Sink arrived slightly late, Diet Coke in hand. I finally got to meet him, and it was a pleasure.

Brea whooped on their opponents, for the most part, except for the fiesty Gahr. I need to talk to Sink about who his new players are.

On the sidelines it’s a social event with players (past and present), coaches and other members of the LA-area basketball family yapping it up, including yours truly. It’s great to see the kids growing up. I left almost 45 minutes after I’d planned to. But it was worth it. 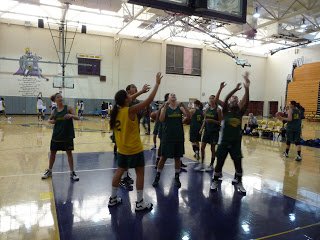 One Brea Olinda team warms up under the basket before the first game. They’ve got some tall girls this year. 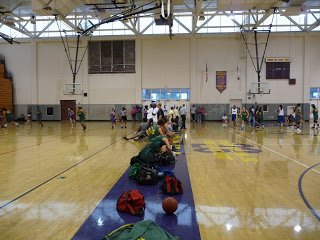 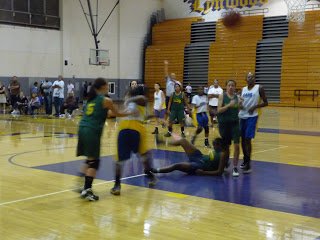 The Ladycats’ game against Gahr was very physical. 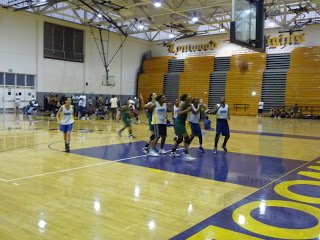 Gahr did a good job and didn’t lose by much to the state champs. 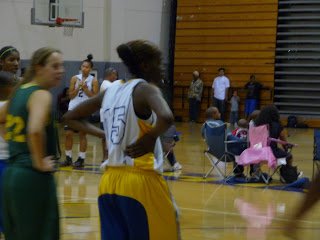 Gahr has a superstar freshman, Jewelyn Janelle Sawyer, above. The girl was doing everything a tall player should – getting boards, putting up layups and shots, even stealing the ball. I’ll be keeping my eye on her. 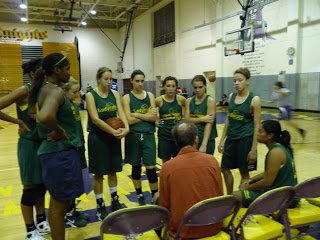 Sink addresses his team before their second game in a row. 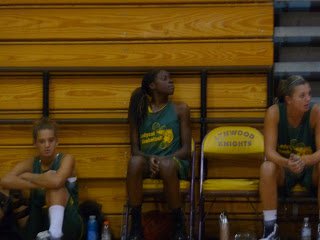 Jeanier Olukemi watches the action during the other Brea team’s second game. She was ballin’ it up all night. I wonder how many college letters she’s got? 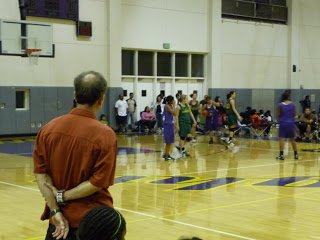 It’s all about conference play now