Not to be disrespectful, but I don’t understand Sparks Coach Michael Cooper’s substitutions. Never have. Prime example was last night when Candace Parker began the game playing like a wild woman, pulling down every board possible. For the first few minutes of the quarter, she had all the Sparks’ rebounds. Not to mention all the points she was putting up. If this is her version of 80-85 percent back, then people should be scared. But right in the middle of this rampage, Cooper sat her down.

Same thing happened later in the game when he finally put Betty Lennox in. Of course, Betty went to town. She was driving, penetrating – the whole bit. She got her own rebound twice, and was making everyone else on the floor look slow. Lennox was putting up points, but Cooper pulled her too.

It confuses many of us in my section.

Lisa Leslie and Noelle Quinn had been sick and were not up to their respective full speeds, but the Sparks were on fire. The crowd and I loved their energy.

But not everyone was happy. Both Parker and Leslie each took aside a player and talked to her emphatically for a long few seconds. I have no idea what it was about, but I loved that they each did that. Very leaderly of them.

Tan White and Anete Jekabsone-Zogota were beasts for the Sun. But a few Connecticut players had some thuggish moments out there. It didn’t help that the reffing was atricious on both ends of the floor.

Attendence 11,072!! Next up, ATL tomorrow. I just wish Chamique Holdsclaw was with them. 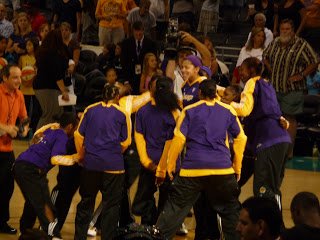 CP was hyped before the game….. 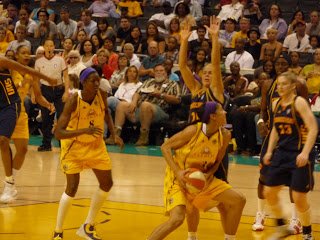 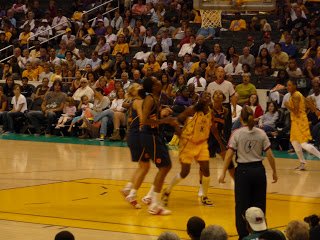 Delisha Milton-Jones boxes out in the first quarter. 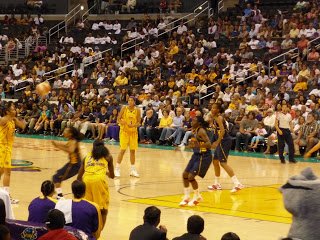 CP passes it to Tina Thompson in the second quarter. 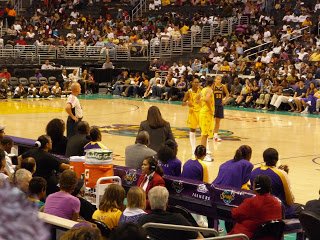 Marianne Stanley stands up to coach the game. 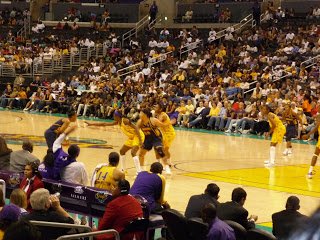 The Sun’s Amber Holt tries to get past the Sparks defense. 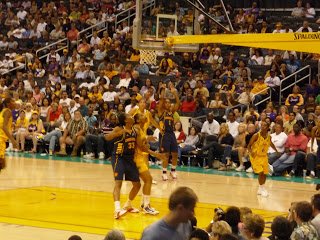 Holt takes a shot in the fourth quarter. 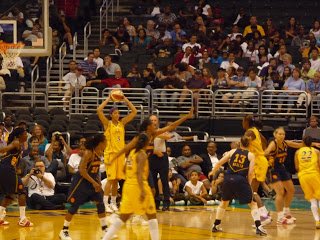 CP inbounds the ball late in the game. 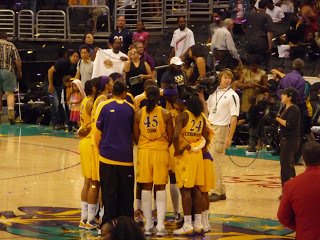