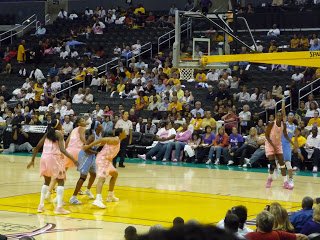 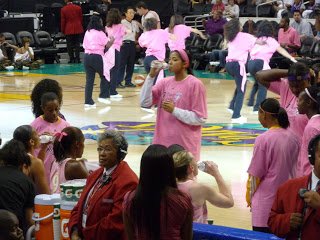 The Sparks had all-pink uniforms, the first time I’d seen a team do that. The T-shirts were pink. The “Old School Crew” had on pink. It was too much. 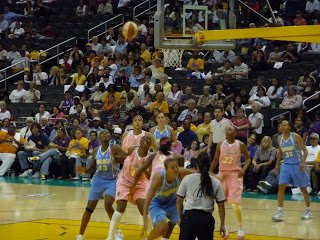 Another Sky shot rims off. 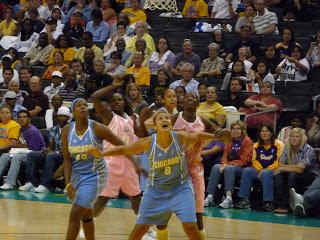 I forgot Mistie Bass played for the Sky until last week when I was (trying to) watch a Chicago game online. I think the reason is because Bass has dropped so much weight. She really looks great now. 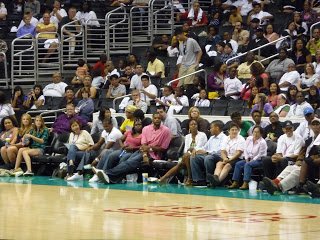 Before the game, Shelden Williams had reminded fans, via twitter, to wear pink to the game. Big homey represented himself, too. 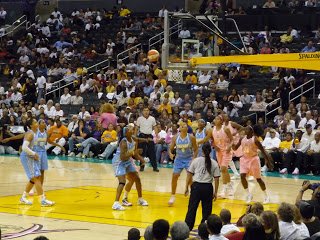 This is in the fourth quarter when the Sparks were coming on strong.

Note: school has started again for teachers, hence the late post. Weeknight games will probably be like that now……

How it stops, nobody knows