Home Uncategorized The finals, or finally

I was at the games on a credential that precludes me from posting some of my photos here. So imagine the Louisville Cardinals all holding hands during the anthem Tuesday. That’s a good picture. Imagine Angel McCoughtry pointing to the right at a spot on the floor, for a teammate, during playing action. Imagine all the confetti falling from the ceiling at the end of the game. 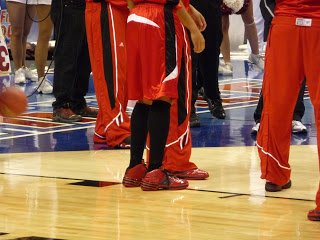 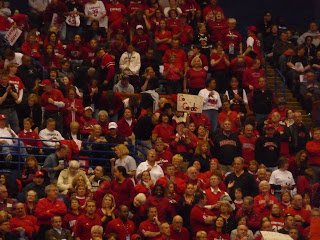 The Louisville fans had enough spirit for the entire arena. They stood for much of both games. 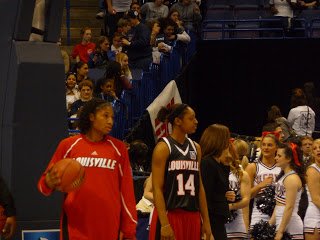 Championship game night: somebody got their hair did. 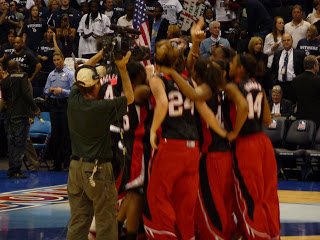 Louisville is hyped in the huddle. And to their credit, they did a good job against a powerful team like Connecticut. 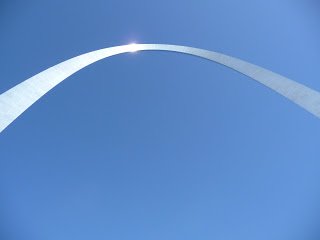 The arch is pretty. The view from the top is great. And the people of St. Louis are some of the nicest and friendliest I’ve met in a while. Thanks, everyone.

Going hard in the paint

Taking a look at early-season stats

More record-breaking stuff, and a couple of sisters